Battleground Brussels: the EU and the regulation of multinationals

Who followed the news in recent weeks might get the impression that a change is afoot in attitudes towards multinational corporations. In the Netherlands, an environmental organization won a lawsuit against Shell, forcing it to start reducing its carbon emissions with immediate effect. Last month, the leaders of the G7, the world’s richest states, agreed on a global minimum corporate tax rate of fifteen percent, with the aim of stopping multinationals channelling profits away via tax havens. Recently, the European Commission announced new legislation to combat violations of human and environmental rights in the supply chains of multinationals. This wave of initiatives reflects a growing awareness of the impact that multinationals have on society and the environment. It also reflects a new vigour on the part of authorities to regulate multinationals where they failed or refused before. Why is it so difficult to regulate multinational corporations? And might it be different this time around? To find out, Koen van Zon takes a brief look into the history of the EU. 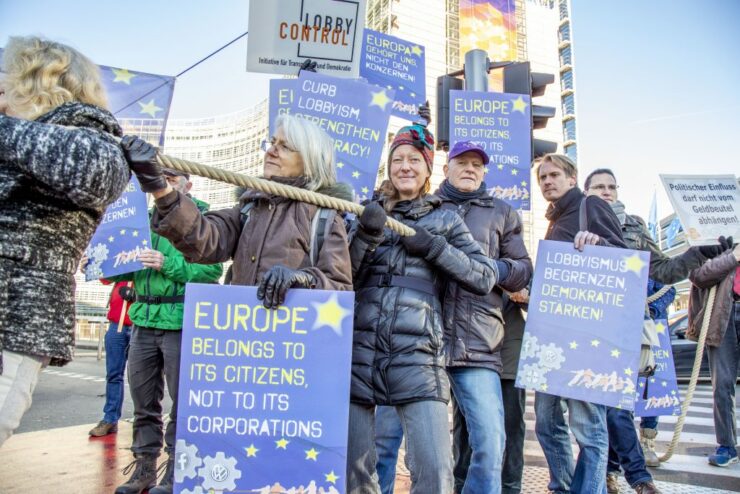 The EU and multinationals: a brief history

By their very nature, multinationals are difficult to regulate. Their scale allows them to move their production sites and offices to the regimes which best suit their search for profits. In places, this has resulted in precarious working conditions, endangered environments and consumer safety, as well as missed corporate tax revenues. As the number of corporations operating on a global scale increased dramatically from the 1960s onward, this became a growing concern. By the 1970s, a ‘race to the bottom’ was taking shape, where multinationals moved into those countries where labour was cheap, taxes were low or could be avoided, and toxic wastes could be dumped without consequence. In Europe, it became clear that this problem required joint efforts, preferably through the European Economic Community (EEC), where binding agreements on regulating multinationals could be reached.

The EEC, however, has always had an ambiguous relation with multinational corporations. On the one hand, it sought after making trade across the continent and beyond as frictionless as possible, allowing European corporations to grow. Corporations themselves played an active role in this process, by lobbying for simplifying or reducing rules and standards for international trade. On the other hand, trade unions and other civil society groups have always recognized in the EEC a promising platform for ensuring the protection of workers, consumers and the environment. Both camps of lobbyists found willing ears in EEC institutions, be they Commissioners, party groups in the European Parliament, or national delegations in the Council.

The battle for the Vredeling directive 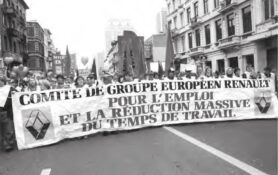 The debate about regulating multinationals came to a head at the turn of the 1980s, when European Commissioner Henk Vredeling, a Dutch social democrat, introduced a proposal, much desired by European trade unions, for protecting the rights of workers in multinationals which were (partly) based in the EEC. It was an attempt to combat the growing precariousness of workers in the wake of the second oil crisis, when multinationals laid off people by the thousands. Vredeling’s directive forced multinationals to set up works councils which had to be involved in any major reorganization. What made the Vredeling directive unique was that it regarded multinationals as single entities instead of individual companies in a group, which allowed organized labour to enter into dialogue at the highest level and hold the boards of multinationals accountable.

Few regulations in EEC history have sparked as much debate as the Vredeling directive. Multinationals were especially displeased, and put in a lot of effort to combat the proposal. Corporations from Europe as well as the United States and Japan started lobbies in Brussels. New law firms were set up in Brussels specifically to provide these lobbies with legal ammunition. Trade unions supported the directive and started a lobby of their own, but lacked the resources, organisation and access to key decision makers that the corporate lobby had. 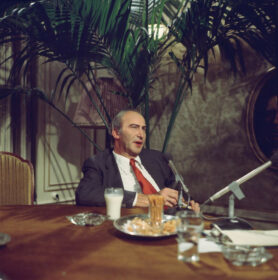 This corporate lobby made successful use a key feature of the EEC’s legislative process, namely that Commission proposals have to pass a number of obstacles before they are adopted as European law. The first was the European Parliament, where the centre-right largely fell in line with the industry’s demands, proposing no fewer than 300 amendments to dramatically alter the Vredeling directive. Deprived of its main features, the directive then moved on to the Council of Ministers, where Margaret Thatcher’s UK government strongly opposed the directive, making the required unanimous decision impossible. By the mid-1980s, it became clear that the Vredeling directive was effectively shelved. It shows that there was, then as now, no such thing as the EEC or EU dictating anything: its legislative process is one of checks and balances – a complexity that corporate lobbies understood very well.

Due diligence: a plan in the balance

Given the fate of the Vredeling directive, it is perhaps not surprising that the EU has largely refrained from such ambitious regulations of multinationals since. That is, until recently, when the EU passed a directive forcing corporations to be transparent about the taxes they pay. Since then, the European Parliament has called upon the European Commission to come up with proposals for a directive on ‘due diligence’, legislation that will make large corporations directly responsible for respecting human and environmental rights all along their supply chains. Any human rights violation that might occur in the production process, from acquiring raw materials to processing and selling them, can thus be made punishable by fines or litigation of corporate executives.

Not only is this an ambitious new European attempt to regulate multinational corporations, it also shows how political attitudes towards multinational corporations have changed since the 1980s. Beyond mere questions of social rights, multinationals are now called upon to observe human and environmental rights, broadly defined. The recent ruling against Shell already demonstrated that these two are increasingly seen to be closely connected. Likewise, due diligence legislation could affect clothing companies which produce in China, for example, where the government is known to make use of forced labour by the Uyghur minority in the province of Xinjiang.

Due diligence legislation already exists in some member states and is underway elsewhere, but Brussels stands out as its most important battle ground. In Europe, after all, the EU is the preferred forum both for regulating multinationals and for corporate lobbies, defending the interests of these multinationals. There are still many hurdles to take, as the proposal will move through the Commission and subsequently the European Parliament and the Council in coming months, facing opposition at every turn. Lobbyists will seek to strengthen this opposition by convincing members of these institutions that strict due diligence rules go against corporate interests and hamper innovation and economic growth. Although this battle largely takes place behind closed doors, it reveals an irony at the heart of European integration: we tend to think of the EU as a single entity, capable of regulating multinationals if it decides to. Yet those who know their way around Brussels’ corridors understand like none other that the EU’s legislative process is intricate, and that big plans do not mean that anything has been decided yet.